There are so many things to do & see in the Cotswolds but with only 6 days to explore this area, we needed to be selective about where we would spend our time.

One of the things we have found to be very helpful when staying at a property, is to have a look at their guestbook.  Often, prior guests make wonderful recommendations of what to do & see in the area, what to maybe avoid & great places to eat!

Each morning we set off, venturing to one or more villages & towns.  Such interesting names they hold like Moreton-in-the-Marsh, Chipping Camden, Upper & Lower Slaughter, Stolt-on-the-Wolt, Burton-on-the-Water, just to name a few.

Although Blockley (location of our rental property) is not indicated on this map, it gives a good visual of the overall area.  As a point of reference, Blockley is located between Moreton & Chipping Campden.  You can read more about it here.

Stopping for a visit to Broadway Tower, we discovered it held a bit of a colourful  history. Originally built for Lady Conventry between 1798-1799,  its purpose seemed to be mostly one of amusement.  The story goes that Lady Coventry was curious as to whether her Cotswold estate was visible from her home located 35km away.  A beacon was lit to confirm that she could.  Imagine doing all of that work and she had not!

It then went on to house a printing press for a number of years, acquired by Sir Thomas Philipps in 1827, followed by it being rented as a country retreat to members of the arts community, most notably William & Jane Morris, who were known for the beautiful textiles.  There is quite a display of the Morris textiles in the towers, most of which have stood the test of time and would still be very fashionable in today’s decor.

In 1943, a bomber crashed during a training mission, which now holds a memorial site for the 5 crew members killed.

In the 1950’s it was used to monitor nuclear fallout in England, with a bunker being built 50 yards away from the tower.  It was manned continuously from 1961 & designated as a master post until 1991.

The Tower sits on a 50 acre estate and is now a popular destination for walkers as well as a tourist site.  On a clear day, it is said that you can see as far as the Welsh Mountains. Unfortunately it was quite cloudy the day we visited but worth the stop nonetheless! 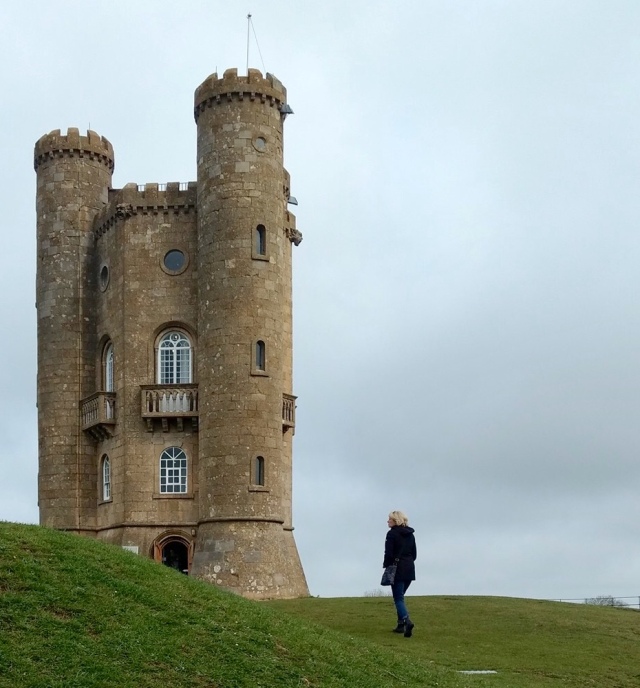 After touring the tower, we drove into the town of Broadway to stop for lunch & a little browse in some of the shops.  We found a great little fish & chip place just in time; we had barely sat down when it began to pour rain.  Enjoying a lovely glass of wine over lunch, our waitress informed us we could purchase the wine on site so of course we took her up on it. We bought 5 bottles, much to her surprise! 🍷😂

Another lovely village we visited was Bibury, known for its picturesque Arlington Row cottages.  Built in the 14th century originally as a monastic wool store, they were converted to weavers’ cottages in the 17th century and are now leased to tenants. You can rent cottage #9 if you are interested but I should warn you, there appears to be a steady stream of tourists wanting to photograph this beautiful row of houses so I am not sure your stay there would be very tranquil! 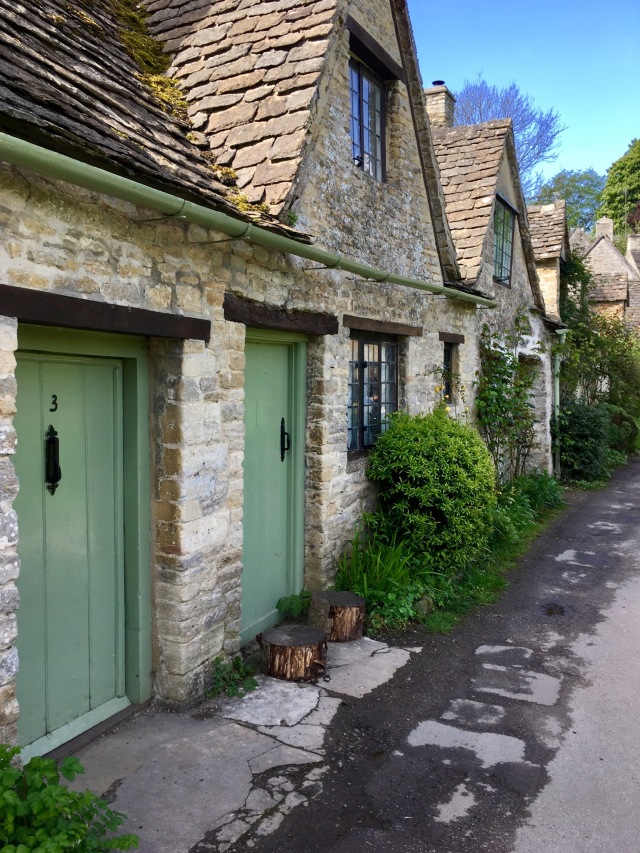 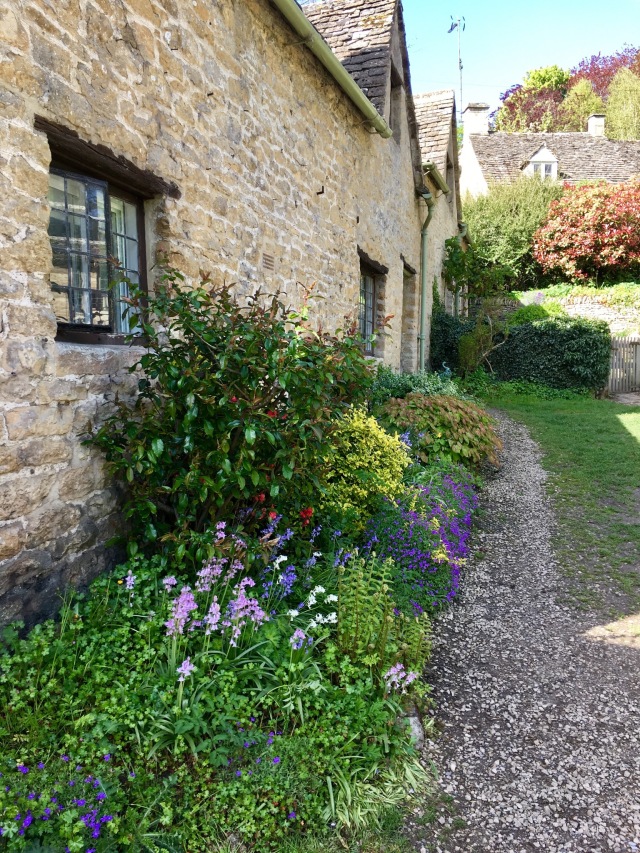 Working our way back for a stop in Bourton-on-the-Water, we drove through Upper & Lower Slaughter, both very small & picturesque.  As we continued along, we came across this brilliantly coloured field of rapeseed.  Stop the car!  It was definitely worthy of a stop for a photo!

So vibrant against the blue sky

Arriving in Bourton-on-the-Water, we managed to secure a parking spot pretty quickly, which was a score considering how busy this little town is.  Sometimes referred to as the Venice of the Cotswolds with its lovely waterway & series of bridges, although very scenic, it is one of the most popular destinations in the area for tourists which means lots & lots of people!  We thoroughly enjoyed meandering in & out of the shops picking up a few things, but admittedly were quite happy to return to the quiet village of Blockley at the end of our day.

If you look closely, you can see the amount of pedestrians about, most likely 98% tourists!

A fun find for me in Bourton-on-the-Water, reminding me of our friend Margaret, suggesting people think if they put on green wellies & acquire a dog, they are from the country! 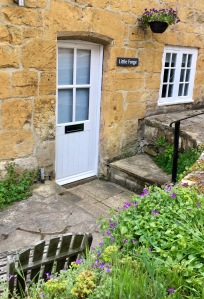 Little Forge welcoming us back

Such a wonderful day but so happy to settle back in to our perfect little cottage!

Next week I will share the last of our time in the Cotswolds, visiting Bleinheim Castle & Stratford-upon-Avon.

Hope you can join me!

Please don't be shy, feel free to get in on the conversation & leave a reply! Cancel reply

This site uses Akismet to reduce spam. Learn how your comment data is processed.